HARTEL, THE NETHERLANDS, June 06, 2019: The largest wind-powered battery storage system in the Netherlands will be officially unveiled tomorrow along the Hartel canal, near the port of Rotterdam. In a country where windmill technologies were once pioneered to reclaim land from the sea, Dutch innovators are today pioneering systems that harness the region’s plentiful wind resources to power a 21st century energy system that is both stable and clean. The 10MW mega battery in Hartel is connected to a 24MW wind farm to create a fully renewables-based power plant that relies on smart technologies to support the broader energy grid. Spectral, a smart-grid technology company commissioned by leading Dutch sustainable energy provider Greenchoice, has developed the mission-critical control systems that enable the wind farm/battery combination to help serve as the backbone of a future energy system in which fossil fuels no longer have a role.

“Along the Hartel canal we have 8 wind turbines which together produce an average of 68 GWh of green electricity per year. When it’s very windy, there is a lot of supply, and when there is insufficient demand in those time periods, the wind turbines might have to be turned down in order to prevent oversupply in the system. Using the batteries, we can keep the wind turbines running to prevent sustainable energy from being wasted. The wind energy can be stored in the batteries and delivered to the energy network at a later time. On top of that, the battery system can deliver smart energy services which help keep the European network in balance at 50Hz.”

““As we shut down the coal and gas power plants, we will need to coordinate millions of distributed energy systems, such as rooftop solar, wind, and batteries, in order to ensure that electricity can be supplied with the same level of reliability that we’re accustomed to. The solution we’ve implemented at Hartel is a prime example of this working principle – we control the batteries and wind turbines in unison, adding a layer of intelligence which allows the combined system to positively contribute to the balance of the broader European network.”

While maintaining the grid balance at 50Hz is a critical feature needed to keep the lights on, the energy transition poses a number of other key challenges, such as congestion of distribution cables. Higher penetration of renewables, combined with electrification of heating and mobility, is putting strain on the current grid infrastructure, often requiring energy utilities to invest in very costly grid upgrades. The Hartel project provides a prime example of how this problem can be addressed using smart energy technology. “The solution which we’ve implemented at Hartel allows Greenchoice to optimize utilization of the existing electricity infrastructure. Furthermore, the assets are ready to respond to control signals from the local or national grid operators in order to alleviate congestion in the electricity network”, says Gladek.

With the growing importance of addressing the grid congestion problem, Dutch grid operators have recently announced their plans to launch a new platform called GOPACS (“Grid Operators Platform for Congestion Solutions”), which will enable them to purchase on-demand congestion relief services from flexible systems such as the Hartel II power plant.

While the Dutch have historically been leaders in the area of wind technology, the Hartel project marks a new era of evolution in this domain. Koenen adds: “After the successful realization of the project at Hartel, we aim to replicate this model across our other wind farms.” This may happen sooner than later, as Spectral is already working on connecting another 100 MW of Greenchoice’s wind turbines across the Netherlands. 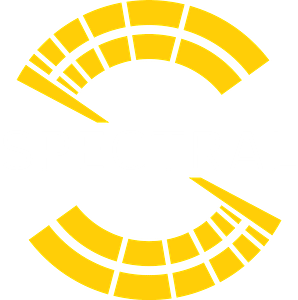